I picked this up a couple of weeks ago at CVS. It is a new mascara from Revlon that comes in 3 shades: Blackest Black, Black, and Brown. The pretty packaging pulled me in and so did the claims…

What it claims to do: Spellbinding Volume. Supernatural Length.
Magically transform lashes to lush, long and lustrous. A potion with strengthening proteins drenches lashes for volume. Triple-groove wand combs through for clump-free length.

Now first off, it isn’t clump free. So that was a huge disappointment. Second, it doesn’t lengthen as much as I hoped and isn’t as buildable as I want because of the clumping. If you do two light coats you can get away with little to minimal clumping as seen in the photo on my right eye. But, I really like to wiggle the mascara brush into my lashes with each coat and if I do that with this mascara, it starts to clump. I would say it isn’t the worst but isn’t the best I have tried either. I would give it an above average grade of a B+. I prefer my Maybelline The Rocket over this.

Maybelline posted this picture on their Instagram two days ago. Pure pigments… Say what?! Who is pumped about getting their hands on these. I have no idea when they will be out. Hopefully soon. If you don’t have the Color Tattoo cream shadows, get ya some girl. They’re the bomb dot com. 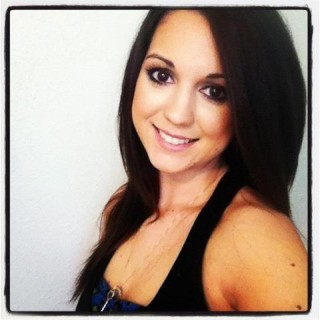 I am a stay-at-home mom of 3 little boys. A lover of makeup, and all things beauty related.